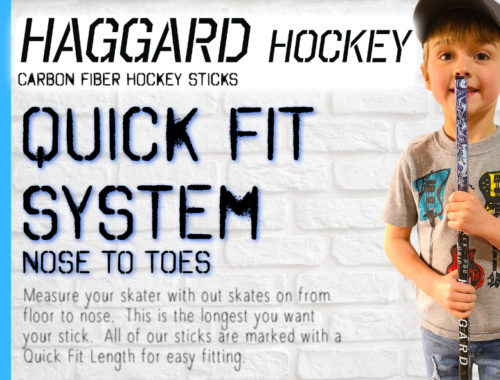 Haggard Hockey has made it even easier for you to make sure you are getting the right size stick.  Every stick on our website now has a Quick Fit length. This is the length of the stick when put flat against the wall giving you the true length from nose to toes without skates on.  If the stick says 52″ then you know it’s the right length if your son/daughter is 52″ from floor to nose without skates on. 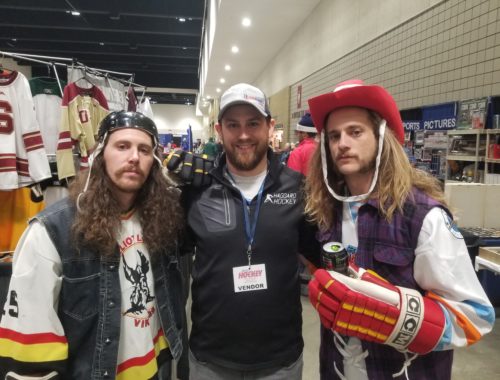 It’s that time of year again and we want to see your hockey hair.  This year we are holding the First Annual Haggard hockey hair contest.  Now through February send us pictures of yourself showing off your amazing flow!!  We want to see the lettuce and mullets in action.  Click HERE to submit your photos!

Terms: By submitting your photo you are giving permission to Haggard Hockey to use your photo for any purposes. 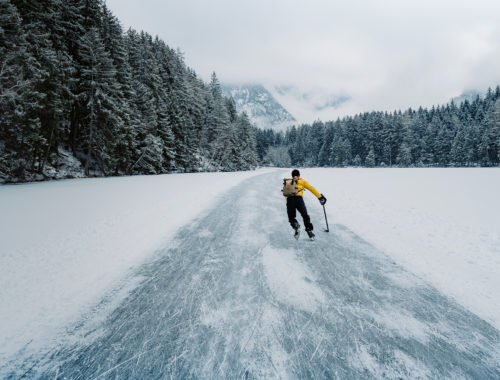 The USA Series has been redesigned to give it a more realistic wood grain look for 2021.  Same great lightweight carbon fiber sticks we have always made.  Designed with a mid kick point for the all-around player looking for a stick that is great for quick wrist shots and explosive slap shots.  With this stick, you can have all the latest technology of carbon fiber and have the old-school look of wood!  We offer 20, 30, 40, 50, 55, 65, 70, 77, 87 and 102 flex.  p88, p92, and p28 curves in stock on our Intermediate – Adult sticks. Click here for more information!!

After fitting hundreds of kids with sticks and spending weekends at hockey tournaments fitting hockey sticks, I have realized a lot of people don’t understand flex and how to properly fit a hockey stick.  Why is flex so important?  Flex does two things for you; it allows you to shoot harder and lift the puck easier.  Good shooters will use the flex to slingshot the puck faster than you can ever do with your arms alone.

Throughout the 90’s and 2000’s, we saw NHL players using stiff sticks surpassing 110+ flex.  In the last 10 years, the trend has gone the other way.  You used to never see an NHL player using anything less than an 85+ flex.  Now, 70-90 flex sticks are the norm for the NHL.  It is reported that Johnny Gaudreau of the Calgary Flames uses a 55-flex stick and he’s not alone.

What’s the right flex for me?
That is a great rule, however, now let’s talk about flex.  The general rule is less then half your body weight.  So, if your child weighs 100 pounds a 50 flex is the most you should buy; even better is a 45 flex.  Don’t forget that for every inch you cut off, you add 5 points of stiffness to the stick.  So, for example if you have a 45 flex and you cut two inches off the stick, it now becomes a 55 flex.  This is crucial I see kids that weigh 60lb and their parents will buy them a 35 flex thinking he will grow into the stick and cut 4 inches off. That stick is now essentially a 55+ flex.

CLICK HERE FOR THE BEST DEALS ON CARBON FIBER STICKS!